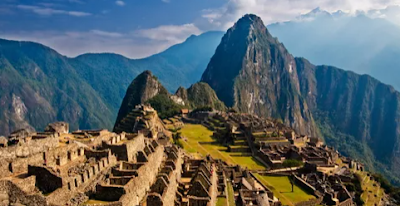 Machu Picchu, also called "lost city of the Incas" is a well-preserved pre-Columbian city, located on top of a mountain, at 2,400 meters of altitude, in the valley of the Urubamba River, present-day Peru.

It was built at the beginning of the 15th century, around 1420. The site is probably the most typical symbol of the Inca Empire, both because of its original location and geological features. The construction is formed by larger stones, and with fittings with little space between the rocks.

It consists of two large areas: the agricultural area formed mainly by terraces and food storage areas; and the urban area, in which the sacred area with temples, squares and royal mausoleums stands out. The layout of the buildings, the excellence of the work and the large number of terraces for agriculture are impressive, highlighting the great skills of that society. In the middle of the mountains, the temples, houses and cemeteries are distributed in an organized way, opening streets and taking advantage of the space with staircases. According to Inca history, everything was planned for the passage of the Sun God.

The place has been elevated to the category of UNESCO World Heritage Site, having been the subject of concerns due to the interaction with tourism as it is one of the most visited historic sites in Peru. 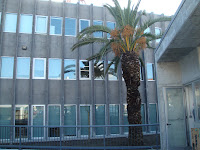